Training Your Beagle to Hunt Rabbits 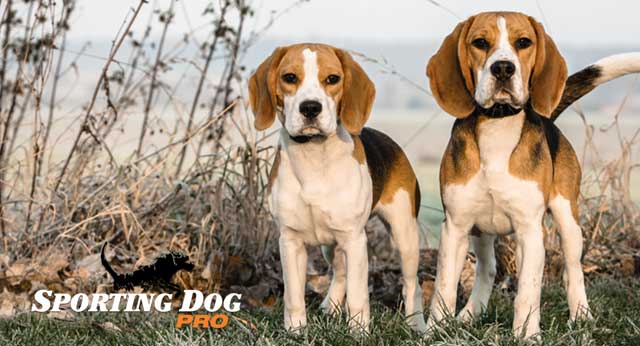 There are numerous proven methods to train a Beagle to rabbit hunt. The best method is the one that you use and stick with. When it comes to training a beagle pup, start with the most determined pup because determination is the best quality in a Beagle and the most useful training tool. As with most training, methods can change from season to season with different dogs and personalities.

When to Begin Training

Usually, the best time to begin training your Beagle is when he is a puppy some time between the ages of 5 to 8 months old seems to be the perfect time although some trainers begin as soon as the puppy is weaned. Most trainers agree that a pup should have some basic obedience training before beginning to hunt any game. If he is uncontrollable out in the field, it will make your job daunting instead of enjoyable.

If your pup is already used to a training collar then you can use a training collar to get him back on track if he strays. If you begin earlier than 5 months then the puppy is really just training to recognize the smell of the rabbit. By using old rabbit skins or a rabbit foot that still has the smell you can enable the puppy to recognize the scent of a rabbit early on. However, the real training is best done during the season when you can actually hunt.

Rabbit hunting is best taught in repetition for several days in a row, not over a long drawn out process, like other types of hunting. The late afternoon hours are when the rabbits are most active so it’s a great time to get out there and train.

Lead your beagle to the areas where you know there are active rabbits. He’s gonna smell them almost as soon as he gets in their path. It is important at this point to make sure he isn’t thrown off by some other wild game so make sure you know there rabbits along his path. 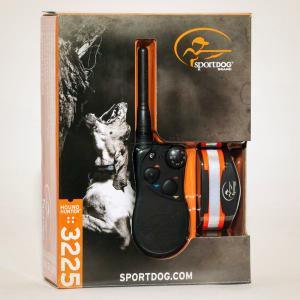 SportDOG raises the bar again with its newest addition to the HoundHunter Series. Up to 2 miles in extreme range, this potential 6 dog system was truly designed for tracking and trailing dogs. The SD-3225 includes all the same options and reliability SportDOG has to offer... [read more].

This isn't the only e-collar for beagles and hounds out there, but ensuring that you have the long range signal to work with your dog and the ability to communicate with multiple dogs using a single handheld device really helps. You can find a larger list of collar systems in this hound hunting training collar recommendation page.

To take it a step further, if you're interested in seeing where your beagles are on the hunt, check out these GPS dog tracking collars. The technology is amazing and definitely gives you a massive advantage on the hunt. These systems are becoming very popular in the hound hunting world. For packs of hounds, nothing can beat this collar system from Garmin: 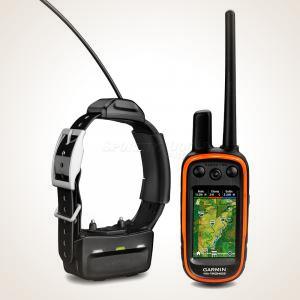 The Garmin Alpha is the perfect all-in-one e-collar, capable of training and tracking your gun dog all with the touch of a finger. No more fumbling with multiple e-collars. With a large and bright screen, you are able to see where they are and what they are doing. New features like geo-fencing allows you to set up a boundary zone that will warn you if your they are about to cross out of the area, allowing you to using the training features of the remote to call them back to you. Detailed maps allow you to see them from above... [read more].

This collar system allows you to visually track your dogs, but it also gives you the ability to communicate with each of them as well... and at great distances. There really aren't many collars that can compete with or are better and more robust than this system. Thank you, Garmin.

After he learns to follow the rabbit’s scent, it is time to allow him to find the rabbit’s scent on his own. It is important for him to develop his nose. Eventually, you want him to rely solely on his nose so training him early to be independent will benefit you and him.

If you have an area that has an abundance of rabbits then start there but, don’t put him directly on the rabbit trail like you did before. He should find the trail on his own, it might take him awhile but, a good rabbit dog should, at this point already understand what he is doing.

This might be contrary to what you might think but, most rabbit dogs need to learn alone or with only a very seasoned one or two other beagles. It’s too complicated and the more dogs you have the excitement level could take away from his ability to learn what he is supposed to be doing.

Beagles are innately easily distracted and that can be a good thing if the distraction is a rabbit but, not when it is other dogs. Once he’s had a solid amount of independent training it is perfectly fine and usually beneficial to let him run with a larger number of experienced beagles if that is the way he will hunt in the future.

It’s not a bad idea to train your beagle to retrieve a shot rabbit but, not usually at the same time that you are training him to track. Teach him away from the field with a frozen rabbit or a rabbit foot but, never allow him to chew it. A training collar comes in handy with a stubborn dog who either will not bring the rabbit to you or if he begins to chew on it.

Plenty of positive encouragement and a low level correction should help remind him of what he is supposed to do with the rabbit. Just keep in mind, some Beagles just aren’t going to be good retrievers.

Even though it can take a pup up to a year to become a great rabbit hunter with persistence and determination you will start to recognize your beagle’s own special tonguing before too long and that’s a sweet sound to hear!

For great videos on Beagle rabbit hunting, check out our friend's YouTube page over at Beagle Boys Rabbit Hunting.

If you don't mind me asking where do you get your beagles, I am wanting to get a few?!?

I like the way you train but what about stopping them from running deer. Also how to get them to come to you

Recall: Teaching Your Dog to Come When Called

One of the most important training objectives every dog owner should master is teaching your dog ...

Hunting Dogs: How to Choose the Right Puppy

A critical step in choosing a hunting dog is knowing what kind of dog you want. No, not the type ...

Whether you are scouting the market for your first e-collar or you are upgrading an outdated e-co...