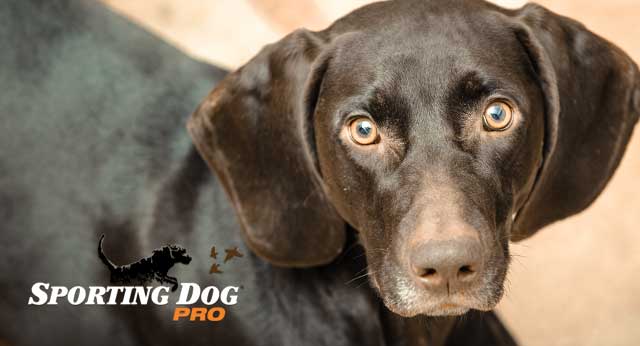 If your dream of dog ownership has just been fulfilled you might be a little overwhelmed by what to do now that you have him home. You might ask how something so cute can do so much damage in such a short time. If you walked outside for 10 minutes and he destroyed your shoes or the rug or pretty much anything he can got his razor sharp puppy teeth into then you might be throwing your hands up. Don’t worry, with patience and consistency you can tackle that little razor-sharp toothed monster.

First, and most importantly, for your new puppy’s safety and the protection of valuable items you will need to create a safe puppy friendly home or in some cases a “zone” where your puppy will be allowed to dwell unattended for short periods of time. Whether you will be using a crate and are planning to crate train or a fenced off area, it is important to follow some simple guidelines to make your puppy experience a blessing and not a hindrance. If you start from the beginning it is much simpler to keep chaos and bad habits at bay. Because you have electrical cords and other hazards in your house, it also means taking a few simple safety conscience steps could even save his life.

Creating a safe puppy zone is as simple as getting down to the puppy’s level and looking for anything he can reach that you would not want chewed or scratched. Also, remove things that are too small that could possibly be a choking hazard. A remote control or a game controller are two things that seem to be overlooked when we start to scan the floor because these things are constantly being moved around. Getting your home puppy proofed is a lot like getting your home safe for a new baby only the puppy is already wandering around the first day you bring him home!

If you start from day one using the word “no” your life will be much easier. If your pup does happen to get something in his mouth then saying “no” sternly and then carefully removing the item and replacing it with an acceptable chew toy will effectively start to teach him not only what he is allowed to chew on but, to recognize that when you say “no” with a stern voice that he is supposed to pay attention to you. Always follow the stern “ no” with praise but, only when he changes his behavior and begins to chew on the toy of your choosing. Make sure you choose actual dog toys or chews so as not to confuse him or harm him, for example an old pair of shoes might not be of any use to you but, they weren’t made for chewing and neither is that old stuffed animal. Your puppy learns from you just like he would from his own mother. If he begins to recognize the tones in your voice now, it will make training him with a training collar or to retrieve ducks or other game later, much easier.

Once you have secured a safe environment for your puppy to learn, you will often want to start discouraging him from biting so that he doesn’t become a nuisance to you or your loved ones. The natural way that puppies play with each other and with their mother is by biting and tugging on one another. Even though this is natural for him and isn’t intended to hurt you if you don’t stop it early it can become a habit and can wreak havoc on a unsuspecting toe! If you start on day one after bringing your puppy home and never allow him to bite you, then you are 3 steps ahead of the game. Often, we will allow it at the very beginning because he’s so cute and you know it isn’t intended to harm but, allowing it at the beginning will only make it harder to train him to stop biting or using his mouth to play rough later.

Although, everyone has a theory or a technique as to how to prevent or to discourage biting one thing remains the same: hands and other body parts should stay out of the puppy’s mouth. Of course, as it is with all dog training, patience and consistency are key for whatever method you choose. If you say “no” in a stern voice and then refuse to play with him and have an appropriate chew toy available, after a while he will begin to associate your “no” with biting and isolation from being social and because he aims to please you, he will eventually, after consistent training, learn not to nip at you. It is also appropriate, especially if he doesn’t respond to the isolation method, to squeeze his nose a little, not really hurting him but, making it uncomfortable when he bites you. Soon enough he should begin to associate biting with an uncomfortable squeeze. The goal is to give him a response he does not want, so take some time to figure out which method or a combination of methods works best to get a result..

If you follow these simple guidelines and figure out what works for you, you should have an enjoyable new puppy experience. Just keep in mind, all this preparation and consistency is useless if you can’t keep a close eye on your pup while he’s in the early stages of learning. Puppies, just like young children, need to be contained if they are not being well supervised.

Shop Our Dog Training Gear and Supplies
(Free Shipping on purchases of $125 or more.  30-Day Guarantee.)

8 Myths and Misconceptions about Retrievers

Retrieving consists of lots of practice, dedication, and consistency. Even the best of retrievers...

Having a new puppy is always exciting and fun. If you intend to take them hunting with you once h...